Johannesburg’s first Chinatown grew along Commissioner Street in the early 20th century when scores of Chinese settlers were brought to South Africa as cheap labour to work in the gold mines. Over the years the city’s Chinese community has grown considerably, particularly during the 1970s and 1980s when Taiwanese people sought sanctuary in South Africa as well as in the years following the end of apartheid.

During Johannesburg’s dramatic inner-city decline in the late 1990s, residents of the first Chinatown fled to the suburbs and soon enough a new, bigger and brasher Chinatown was born in Cyrildene, a formerly old-fashioned Jewish suburb straddling the ridges to the east of the city centre.

An impressive set of ornate Chinese arches now marks the entrance to Cyrildene’s main street, Derrick Avenue, which is chock full of Chinese restaurants and supermarkets, tea shops, acupuncturists, massage parlours and electronics stores. Here the cultural traditions and cuisines of the old country have been upheld, while storefronts hold Chinese language signage and the stores are packed with typical Chinese foodstuffs, making a visit to Cyrildene a colourful experience that is not to be missed.

Along Derrick Avenue you’ll find plenty of street-side vegetable markets where you can stock up on all kinds of exotic East Asian vegetables such as bok choi (Chinese cabbage), bitter melons, snake beans and Chinese white radish.

After you’ve picked your veg, explore the wide range of goods on offer at the local supermarkets. In addition to well-stocked Chinese supermarkets and the perfect places to fill your freezer with spring rolls and dumplings, you’ll also find IndoMart, an Indonesian supermarket, and the Friends Thai Supermarket, easily identifiable by the flags hanging above the door. And, of course no, shopping tour of Chinatown is complete without stopping at one of the many Chinese tea shops for traditional green and herbal teas that are said to cure any ailments.

Cyrildene has a dizzying array of different Chinese restaurants to choose from, as well as the much-awarded Thai restaurant, Sai Thai, and the fun Korean restaurant, Gangnam BBQ. Be prepared to meet some mysterious and intriguing culinary treasures like “drunk snail” or “little sheep with oil” as you peruse the menus written in Chinese and English.

Among the most famous Cyrildene restaurants are Fisherman’s Plate, which serves authentic Chinese meat- and vegetable-based dishes, as well all kinds of seafood and fish-based specialities, and the Chinese Northern Foods restaurant two doors down (be sure to bring some friends along as the portions are huge).

For traditional Cantonese yum cha (a multi­-course dim sum lunch), Shun De is the most popular place in Cyrildene, particularly busy on Sundays when locals descend en masse for big family lunches. For a most interesting and adventurous culinary experience, try your luck at the Delicious Casserole Food Rest – but be warned, very little English is spoken and there is no English menu.

Here the eponymous casseroles are heated in individual clay pots inside the giant coal-­fired urns that stand guard at the entrance.

Undoubtedly one of the best times to visit Cyrildene is during Chinese New Year. On the first& weekend of the Chinese New Year, Cyrildene’s Chinese community celebrates with a gigantic street party on Derrick Avenue.

As the sun sets, a colourful Chinese parade of dancers, drummers and dragons winds its way along the street, paying a visit to every business and residence along the way for good luck, while the street is filled with noise and smoke as hundreds of firecrackers and fireworks are set off to welcome in the new year. Bookings for restaurants on Chinese New Year are essential. 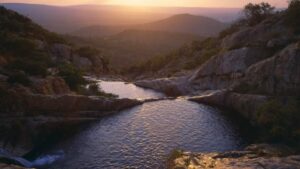 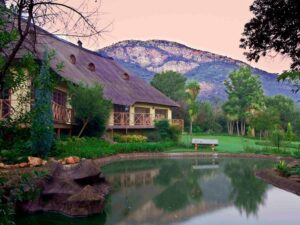